It’s a short book, barely over 200 pages, but there are so many moments I want to remember. Mattie is calm and collected, she’s straightforward and focused, innocent and kind, and often kind of surly. Early on she gives you this:

I said, “That is my father.” I stood there looking at him. What a waste! Tom Chaney would pay for this! I would not rest easy until that Louisiana cur was roasting and screaming in hell! (pg. 24)

Then shortly after she makes this observation about horses, pigs, and cats:

I had hated these ponies for the part they played in my father’s death but now I realized the notion was fanciful, that it was wrong to charge blame to these pretty beasts who knew neither good nor evil but only innocence. I say that of these ponies. I have known some horses and a good many more pigs who I believe harbored evil intent in their hearts. I will go further and say all cats are wicked, though often useful. Who has not seen Satan in their sly faces? Some preachers will say, well, that is superstitious “claptrap.” My answer is this: Preacher, go to your Bible and read Luke 8: 26-33. (pg. 32)

And finally, later in the book, this gem, with a very strategic exclamation point:

When we had eaten our fill, Mr. McAlester’s wife asked me if I did not wish to lie down on her bed for a nap. I was sorely tempted but I saw through the scheme. I had noticed Rooster talking to her on the sly at the table. I concluded he was trying to get shed of me once again. “Thank you, mam, I am not tired,” said I. It was the biggest story I have ever told! (pg. 166)

Mattie Ross never saw Rooster after this adventure, but she tried, only to be about a week late. The second to the last paragraph describes how special he was to her as she reacts to others as they talk about her decision to have Rooster buried in their family plot:

People here in Dardanelle and Russellville said, well, she hardly knew the man but it is just like a cranky old maid to do a “stunt” like that. I know what they said even if they would not say it to my face. People love to talk. They love to slander you if you have any substance. They say I love nothing but money and the Presbyterian Church and that is why I never married. They think everybody is dying to get married. It is true that I love my church and my bank. What is wrong with that? I will tell you a secret. Those same people talk mighty nice when they come in to get a crop loan or beg a mortgage extension. I never had the time to get married but it is nobody’s business if I am married or not married. I care nothing for what they say. I would marry an ugly baboon if wanted to and make him cashier. I never had the time to fool with it. A woman with brains and a frank tongue and one sleeve pinned up and an invalid mother to care for is at some disadvantage, although I will say I could have had two or three old untidy men around here who had their eyes fastened on my bank. No, thank you! It might surprise you to know their names. (pg. 224)

Wow, what a character. I’ve met a Maddie (2 year old niece), a Maddi (Xtreme hiker with CF), and a Mattie (this one) in the last few years and they are all kick ass women. And Gail has the middle name Madelyn, which I’m guessing would have taken a different form had it been her first name. There must be something about the name.

One last thing, this book has the best afterword I’ve ever read. Donna Tartt wrote it and explains how important this book has been in her life and how much enjoyment her extended family got it out of it. I’m not giving this back to Open Books just yet, I’m going to start circulating this around my family (or, shhh, give it for a Christmas gift). 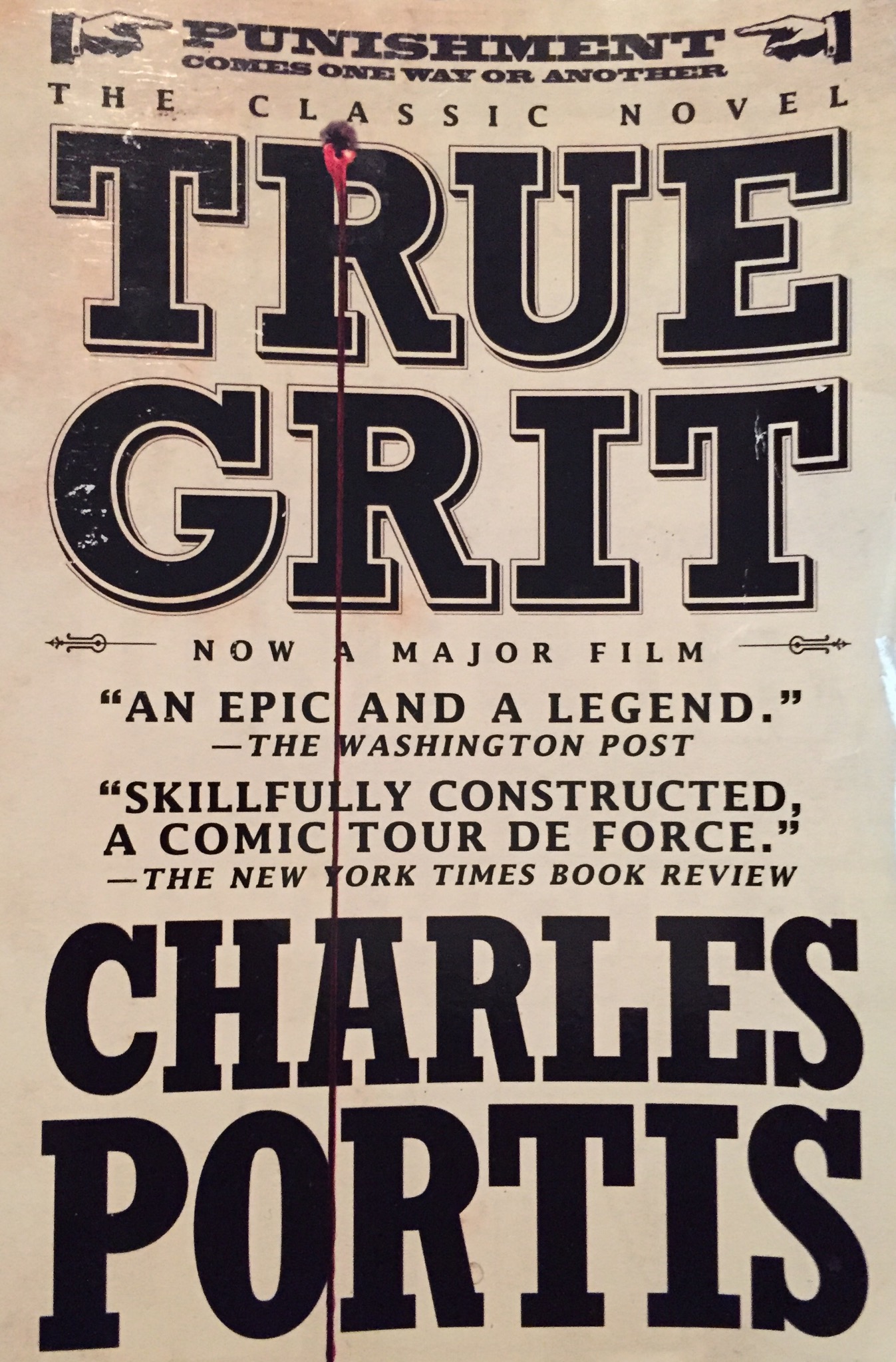