The last book I was read was The Art of Racing in the Rain, so I’m on kind of a The Art Of… streak. Both books were similar in that they used with the artistic side of sports as a background for stories about human relationships. Now that’s a genre I can get behind!

About a year ago I heard Dan Bernstein on 670AM say this book was great. That dude is smart so I figured this book should be on my radar. Then a month ago, when I saw it on the shelf at the annual Open Books half-off sale, it was pretty much a done deal.

I consumed most of this book, say 450 of the 500 pages, in a 24 hour period where I was stuck overnight in Denver due to Chicago weather. I lucked out, in retrospect, because I was on the brink of not even bringing this book with me. I’m an ultralight traveler and I’ve started reading books on my iPhone or iPad when I’m out of town instead of hauling my Kindle or a paperback. However, I wasn’t planning on staying over night and I had room in my bag so I tossed in this book, despite it being in oversized format. It saved my ass.

I couldn’t put it down and I never got tired of reading it. I hammered through the second half without batting an eyelash even though I got less than fours hours sleep the night before on the floor of the Denver airport. That’s quite a testament because it’s hard for me to read when I’m tired. When I finished it during the flight home I closed it, thought about it for about five minutes, then fell asleep.

I haven’t read that many pages in one 24 hour period in a few years. It’s that kind of read.

It’s popular fiction for sure, but it feels like something that could be considered literature at some point in the future. It made me think about a lot of things; sports, friendship, love, loss, college, work, play, redemption, perfection, excellence, guilt, pleasure. With all that, it still felt escapist at times. It was pleasurable on so many different levels for me.

It’s about five people who come together for a three year period at fictional Westish college in real life central/northern Wisconsin. Baseball is there during most of their interactions, but it’s not about baseball. It’s not about anything actually. Some reviewer used the words “a universe unto itself” to describe this book and that rang true for me. It’s an escape to a fictional place where the human condition can be analyzed without the burden of a mystery to be solved or some historical event to be depicted.

Dare I compare it to another fictional world that starts with the letters w-e-s-t, like Westeros? Well, yes, it’s kind of like that, in some ways, in terms of escape, often aimless, jumping from person to person, moving quickly sometimes, slowly other times. Highly similar.

The reader gets to go into the brains of four of the five main characters. They all have issues. Henry, the baseball savant, wrestles with a single-minded focus on being good at the sport. Here’s him thinking:

He knew it sounded crazy when you put it like that. To want to be perfect. To want everything to be perfect. But now it felt like that was all he’d ever craved since he’d been born. Maybe it wasn’t even baseball that he loved but only this idea of perfection, a perfectly simple life in which every move had meaning, and baseball was just a medium through which he could make that happen. Could have made that happen. It sounded crazy, sure. But what did it mean if your deepest hope, the premise on which you’d based your whole life, sounded crazy as soon as you put it in words? It meant you were crazy. (page 346)

That really let me know Henry. Many of the characters have similar epiphanies that are just as interesting. You don’t have to be a sports fan or a baseball fan to like this book. It’s for everybody and it’s really good. 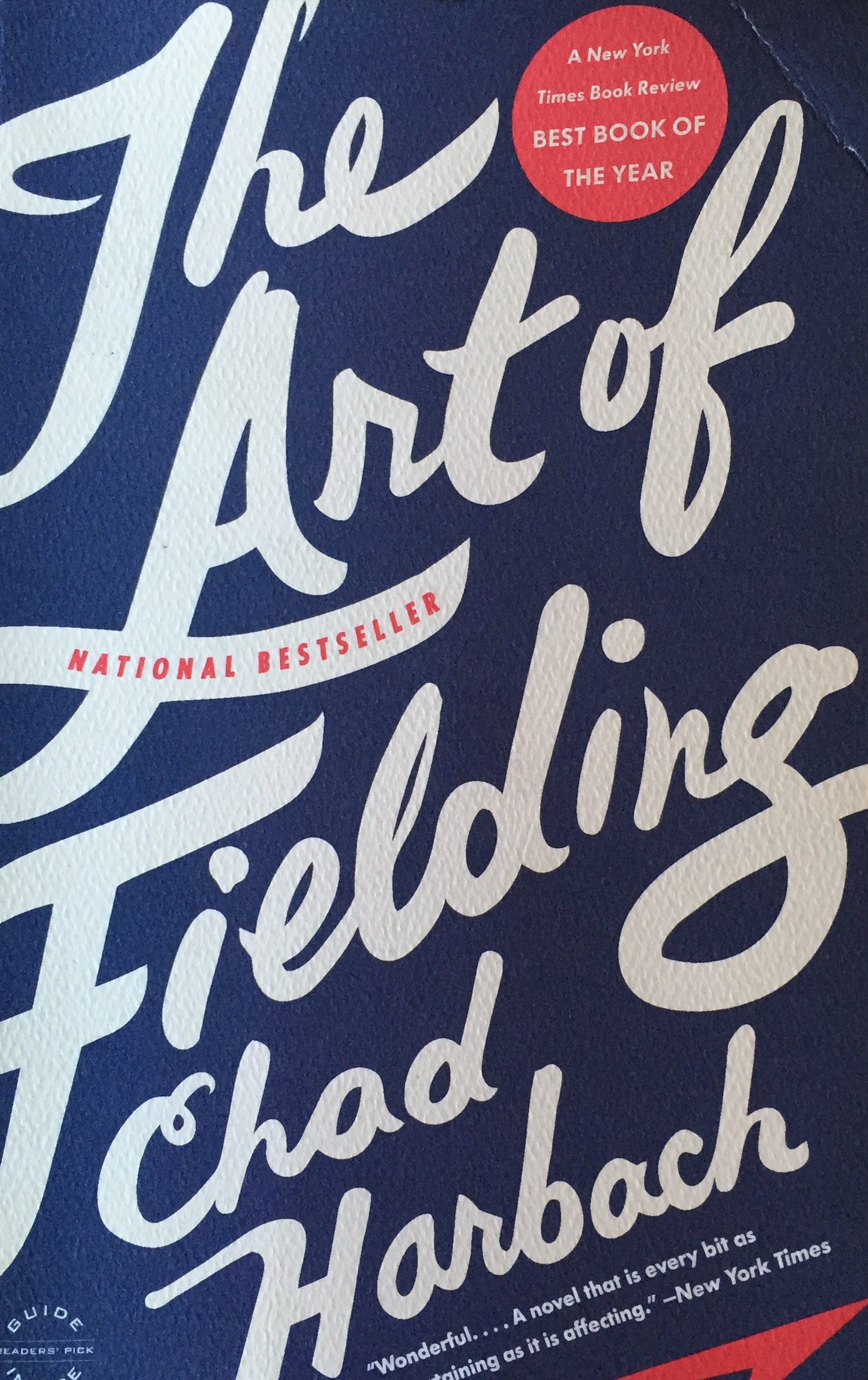