I really want to go to New Orleans. I’ve been through it a few times, but haven’t really explored things. James Lee Burke, through the observations of his main character Dave Robicheaux, paints a picture of New Orleans that is at times unflattering, but ultimately makes it appear to be a great place to visit.

Robicheaux lives about an hour west of New Orleans in a small town called New Iberia, but New Orleans always figures in the story. And Robicheaux’s character traits seem to parallel New Orleans, with a contrasting bright and dark side. Here’s Robicheaux describing a morning in New Orleans:

Morning was always the best time to walk in the Quarter. The streets were still deep in shadow, and the water from the previous night’s rain leaked from the wood shutters down the pastel sides of the buildings, and you could smell coffee and fresh-baked bread in the small grocery stores and the dank, cool odor of wild spearmint and old brick in the passageways. Every scrolled-iron balcony along the street seemed overgrown with a tangle of potted roses, bougainvillea, azaleas, and flaming hibiscus, and the moment could be so perfect that you felt you had stepped inside an Utrillo painting.

But it wasn’t all a poem. There was another reality there, too: the smell of urine in doorways, left nightly by the homeless and the psychotic, and the broken fragments of tiny ten-dollar cocaine vials that glinted in the gutters like rats’ teeth.

That sounds like a walk I’d like to take some morning in the Quarter, even with the cocaine vials.

This is the seventh installment of at least eighteen Robicheaux novels. It was good but I’d put it near the back of the pack if compared to the first six (I’m reading them in order by published date), mostly because of some plot elements that I didn’t like. Specifically, the main character made stupid mistakes that felt out of character, which I figure Burke included only to increase tension and danger.

I immediately knew the nun was a criminal and I knew the trip to help the stranded car up the street from his house was a trap. I’m also highly skeptical that the criminals had such easy access to his house while Batist was working right across the street in the boat shop.

That sounds really dorky when I read it.

Am I wrong? I haven’t felt this way yet in the series and maybe I’m getting to close to it. It’s part of the fun actually: getting to know a character in-depth, comparing and contrasting things to past adventures, anticipating the next book.

I’m very focused on serialized fiction right now and it may not be healthy in general. 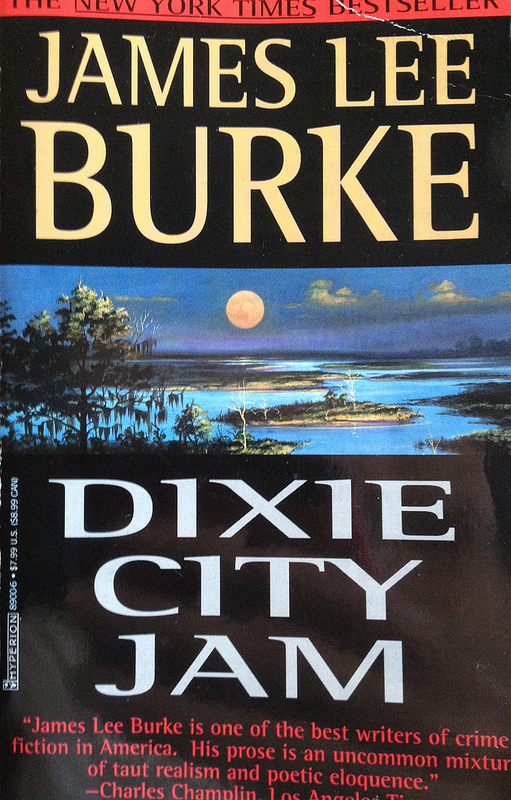