This is a classic mystery novel that I picked up at a half-price sale at Open Books. I like to keep a backlog of small to mid-sized fiction novels because I’m always reading one, no matter what’s on the Kindle. But this book is not small to mid-sized in content, it’s a giant, complex, enjoyable mystery that continues to influence pop culture today.

Besides the legion of mystery writers who were influenced by Christie, I’ll put out there that even reality TV standards like Survivor and Big Brother need to pay tribute to And Then There Were None for their success. It’s sad to invoke such low culture in the same sentence as a work from the British Dame Commander, but it shows the range of her influence.

Gail reminded me that we saw this as a play in college, but I’ve completely forgotten it, which is good, because it would have tainted the reading. The story is about ten people invited to a lonely island under various auspices only to find themselves being mysteriously killed off one-by-one after being accused of committing murder.

I reread the first few chapters early on because my concern going into this book was that my small brain would not be able to keep all ten characters straight. I was guarding against this confusion because it just happened a few weeks ago during The Way Some People Die – I completely lost track of the characters and it spoiled the big reveal.

That didn’t happen here, maybe because of my diligence, but I doubt it. Christie is a master at her craft and she took measures to insure that the reader stayed on top of the characters. She bounced from one person to the next using mini-breaks within each chapter and gave just enough background to add depth but not too much to muddle things before moving on to the next character. Just awesome.

Originally, this book had a very offensive title (yes, even more offensive than Ten Little Indians). It was published in 1939 but that certainly doesn’t exonerate Christie from getting some sort of Paula Deen treatment. Christie died in 1976 so the insensitivity of her title probably never haunted her during her lifetime, but it does bring up how I should react to it.

Did you ever ask, “Mommy, why does grandpa use the n-word?” Invariably you would here some excuse that began with, “Well, he grew up in a different time and …” The excuse probably didn’t make sense but you didn’t know any better. You usually walked away thinking Grandpa wasn’t a bad person, and you were probably right. So where does that leave me? By reading Christie’s stuff am I tacitly agreeing with or condoning racism?

It doesn’t feel like I am, but something is niggling. 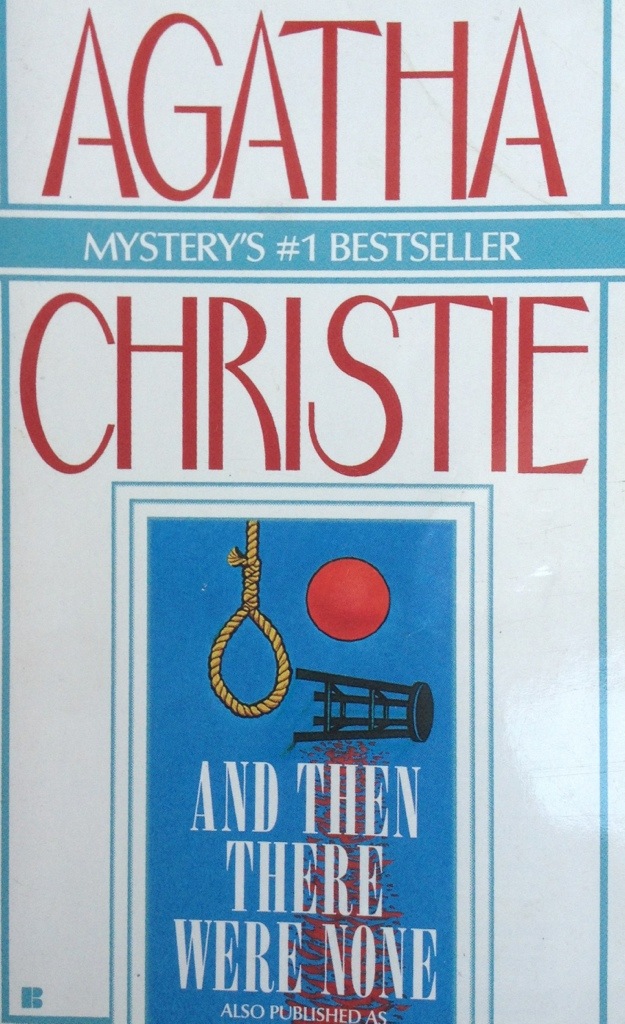