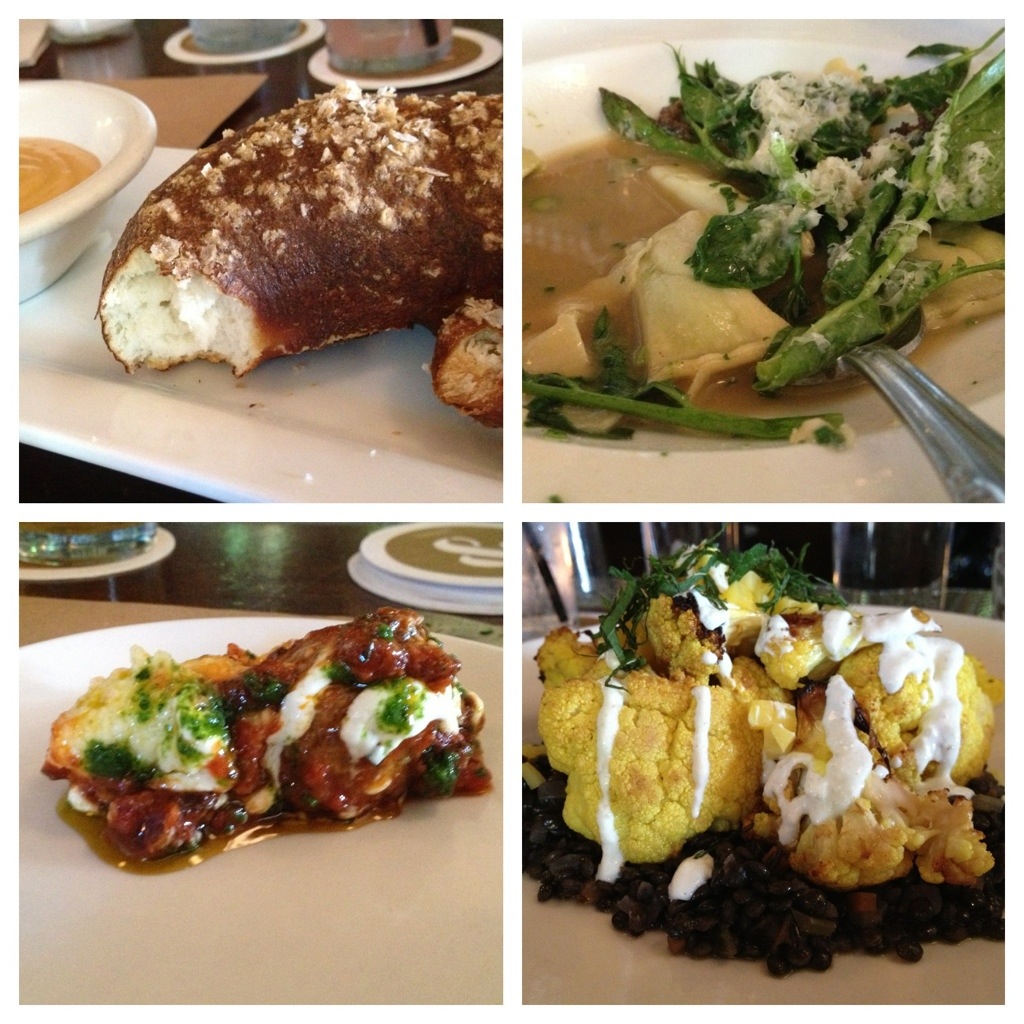 Gail and I did the “tourist-in-our-own-city” thing this weekend and kicked it off last Friday by making our way up to Longman & Eagle for a late lunch/early dinner. It’s kinda like being an old person, eating dinner at 5:01 PM, but not really because for us it was lunch. In fact, it’s like the opposite of old. Picture this: We had lunch at 5pm so it should follow that we ate dinner at like midnight, before we partied. Okay, I know, that’s going to far, sorry.

We’ve been doing that occasionally lately – skipping lunch on Friday and grabbing an early dinner. It’s great for a bunch of reasons. First, we’re really hungry after a skipped meal. It’s dangerous at times to be that hungry, but knowing that I really need food, besides craving it, makes for a better frame of mind for consumption. You gotta control it, but if done properly, it really heightens the enjoyment.

Second, no crowds, man. Longman & Eagle is a hot, cool, reasonably priced restaurant and by the time 7pm rolls around you just have to wait. We got our first drink at like 4:30 and it was buzzing, but still plenty of capacity. That’s ideal, plenty of humanity to add to the atmosphere but not enough to affect service. Perfect.

Finally, it’s easy to get a buzz on an empty stomach. Cheaper too.

So we had all that going for us, and $85 and two and a half hours later we had two craft beers, two artistic cocktails, and four creative small plates in our highly satisfied bellies (pictured). Yeah, great stuff.

Starting in the upper left and going counterclockwise, we had the pretzel, the fava bean agnolotti, the slow roasted cauliflower, and the Slagel Family Farms meatballs. It was the perfect amount of food, prepared ten feet away in an open kitchen, consumed at the bar. That’s how we like it.

I want to make note of the fluffiness of the inside of the pretzel in contrast to the thin, crunchy shell. I also want to note that I used a soup spoon to get every last bit of broth from the fava bean agnolotti. Additionally, the beluga lentils offset the crunch of the cauliflower beautifully and the golden raisins added great sweetness. Now the meatballs, those were something else, for me the best thing of the night. It was $6 for three small meatballs, some polenta, fonduta, and parsley pesto and it felt like high end Italian cuisine to me.

This is the most non-pretentious atmosphere in which you could imagine such great food being served. I don’t mean that the way it sounds. It was just great food, period, in a neighborhood bar setting. Quite impressive.

If I were a tourist in Chicago, this is the kind of place I’d want to discover. It’s great, it’s off the beaten path, it’s mostly locals, it’s near public transpo and convenient to downtown. So check it out, they have rooms too.