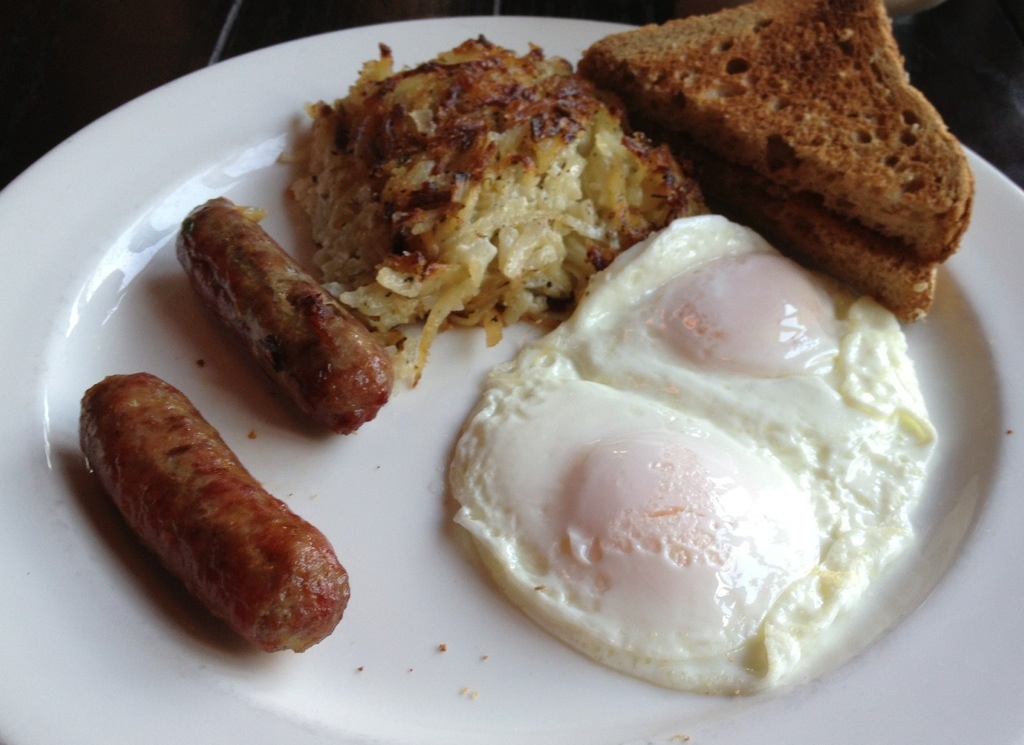 The baseline breakfast for me is two eggs over easy, hash browns, sausage, and an extra starch. That extra starch could be something as simple as toast or as complicated as blueberry pancakes. I mix the eggs and hash browns to make a chunky breakfast slurry and attempt to parse the meat so that I can consume all three in every bite. The extra starch gets consumed at the end in any number of ways.

That’s the baseline, it gives me a standard to compare and contrast breakfast experiences. This is strange I know, and I completely understand if you start tuning me out now. I mean, who thinks about this crap? Who even has time to sort through breakfast like this?

Anyway, Crosby’s did me up right with this plate. The special zinger was the hash browns. They had a nice crispy burn on the outside with some sort of creamy, cheesy mixture in the middle. In retrospect, with such creamy hash browns, I should have gotten the eggs over medium because I didn’t need all that moisture.

Live and learn. It still worked out.

The sausage links were pretty standard. Patties are my pref, but these did the trick. I also had the choice of turkey, which I dabble in occasionally, but I just came off a week of health food so I was ready subtract a few days from my life after all the extending I’ve done lately. That should keep some balance in the universe, which revolves around me.

The atmosphere was okay. I like things a little grittier and a little more urban – not quite so Lincoln Park’d out. But hey, I’d just played eighteen holes, so I ain’t so gritty and urban. It was a spring Saturday and about 75 degrees out and we had a booth on an outside wall with a huge open window to the outdoor patio. What more could you want?