Spy Sinker is the conclusion to the second trilogy of the Bernard Samson novels. It’s awesome. I have three more to go and I’m just launching in to them (the final trilogy is called Faith, Hope, and Charity). I’m making the final 1,000 pages my project for the next month and I’m fired up. This could impinge on the NBA Playoffs, but that’s cool.

This was an important departure from the first five books. It was written in the third person and describes the parallel world of the first five books from the point of view of two other main characters. This is a divergence because up to now the books were written in the first person perspective of Bernard Samson only. The epic is often referred to the Bernard Samson Novels in certain circles, but this book was mostly about Samson’s wife Fiona and one of Samson’s superiors, Bret Rensselaer.

The last book and this book end at the same moment and get the reader all set for the final trilogy. Deighton contends that each book can be read as a stand-alone experience, which is fine, but I contend your enjoyment will be trebled if you start from the beginning and read them in order. I’m assuming that everyone likes big, epic fiction as much as I do.

Even though this book isn’t narrated by Samson, it gives important new insights about him from others. Here’s him through his wife’s eyes:

Fiona’s husband was the only person she’d ever met who completely disregarded other people’s evaluation of him. Bernard was a devoted father, more devoted to the children than Fiona was if the truth was faced. And yet he was not the unmotivated drifter that her father had warned her about. Bernard was driven by some force or thought or belief in the way that great artists are said to be, and woe betide anyone who got in his way. Bernard was not an easy man to live with. He’d been brought up in post-war Berlin – his father a senior intelligence officer – in an atmosphere of violence and betrayal. He was by nature tough and undemonstrative. Bernard had killed men in the course of duty and done it without qualms. He was well adjusted and enjoyed a self-confidence that Fiona could only wonder at and envy.

It doesn’t seem like much, but this book really changes the reader’s perspective of Samson. If there was any inclination that he was a poor sap missing his wife and missing out on promotions, those are dispelled.

It feels like a reset, a fresh start. I’m ready to hear about how Samson tackles the professional, domestic, and romantic challenges in front of him. This final trilogy should be good. 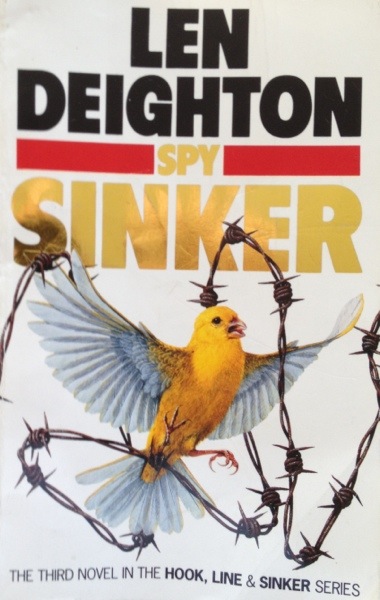